Baroque dances between Louis XIV and the 20th century 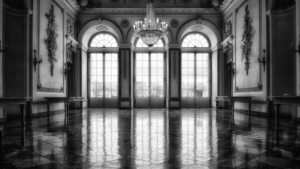 Dance as a court ritual and starting point for music was a key component of the Baroque era: most of the compositions of this period follow or are directly inspired by some form of choreography. These forms, together with the use of modal scales dating back to ancient Greece, fell almost completely out of use in the classical period – except for the Menuet – supplanted by the Enlightenment structure of the sonata form. It is only later that a compositional interest for ancient arias and dances reawakens (cit. Respighi) which is elaborated and reinserted in the compositional practice of modern authors.

And so starting from two pillars of the French court dance – the Italian naturalized French Lully and the famous Rameau – we move on to the 21st century with the “Capriccio misolidio” by Massimo Coco: a piece that brings together the impromptu spirit of the baroque form of the capriccio and the use of a modal scale equally dear to that epoch.

The program continues with Yara’s Dreams by the Venezuelan Efrain Amaya, which describes the encounter-clash of civilizations between the conquistadors and the Indians in music. As is well known, the Spaniards remained in Latin America for a few centuries and the musical influences of the Spanish court are still evident today.

Spain itself gave artistic homeland to Boccherini from Lucca, who took more than one artistic cue from the host country and with a little sound captatio benevolentiae inserted a Fandango in one of his most appreciated works.

The admission to the concert is free.

Need an idea for a great musical gift...?

Thank you! You will shortly receive an e-mail confirming your subscription. Should you not receive the confirmation e-mail, please check your spam folder or contact us.

Find out more or adjust your settings.