Puccini A to Z – G as in Gianni Schicchi 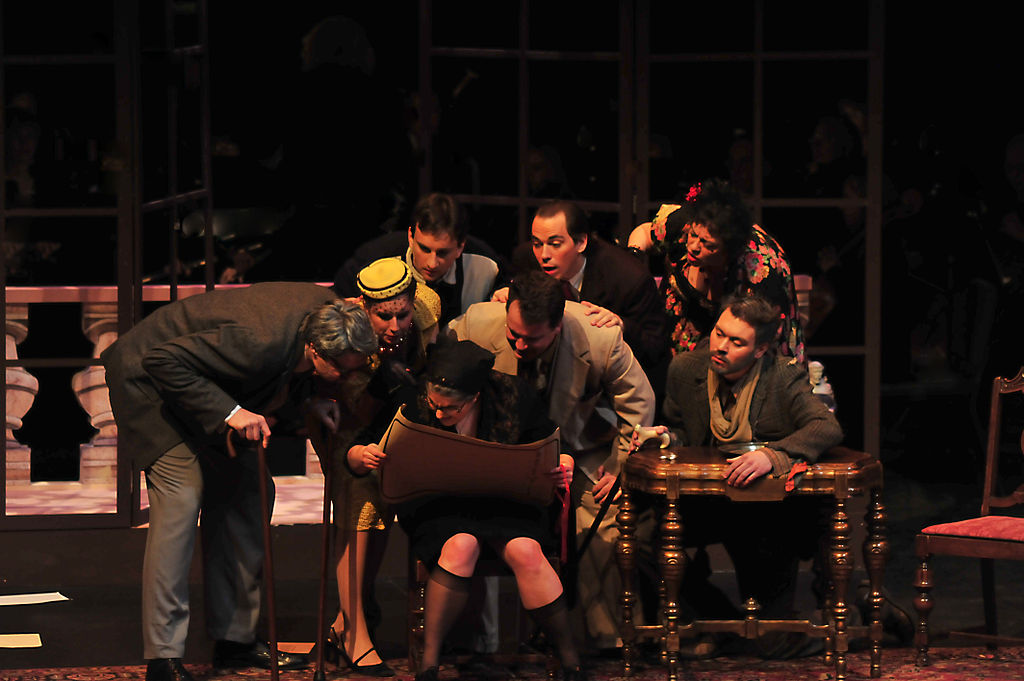 G as in Gianni Schicchi

Gianni Schicchi, a one-act comedy, is the final opera of Puccini’s triptych along with Il Tabarro and Suor Angelica. Puccini had thought for a long time about a set of one-act operas to be performed together but between the lack of subjects and the opposition of his publisher he had repeatedly put the idea aside. After his last operatic adventure with La Fanciulla del West, Puccini finally found all the subjects he needed for his triptych.

The libretto by Giovacchino Forzano is based on an episode from the 30th canto of Dante’s Inferno: according to Dante, counterfeiters of all sorts are placed in the 8th infernal ring where, depending on their sin, they are subdued to different punishments; Gianni Schicchi was a counterfeiter of person and is therefore doomed to live in eternal rage.

Premiered in 1918 at the Metropolitan of New York, Gianni Schicchi was the one opera of the triptych with the most enthusiastic response from the audience. So much that Puccini’s publisher put him under pressure to let it be performed outside of the triptych, something Puccini gave in in 1920.

Today, this one-act opera is often seen in conjunction with A Florentine tragedy by Alexander von Zemlinsky (a subject that Puccini himself had toyed with) or with Alfred Alfred by Franco Donatoni. In the last couple of decades, it has also been paired in the US with another opera: Buoso’s Ghost by American composer Michael Ching. Buoso’s ghost begins where Schicchi ends (literally, opening with Schicchi’s final chords) and sees through the adventures of the Donati’s family and the continuous machinations of Schicchi.

1299: Gianni Schicchi, Famous throughout Florence for his acute and perspicacious spirit, is quickly summoned by the relatives of Buoso Donati, a wealthy merchant who had recently died, to save them with his ingenious mind from an inconvenient situation: Buoso has left his entire wealth to the nearby monastery leaving nothing to his relatives. 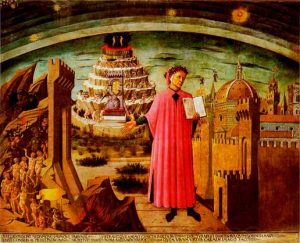 Dante and his Divine Comedy

Initially Schicchi refuses to help them because of the contemptuous attitude that the Donati family, of the Florentine aristocracy, shows towards him, a man of the “new people” (therefore of a lower class). But the prayers of his daughter Lauretta (“Oh mio babbino caro”), in love with Rinuccio, the young nephew of Buoso Donati, force him to reconsider and think of a plan. Since no one is yet aware of Buoso’s death, he orders Buoso’s corpse to be transported to the adjacent room so that he himself can slip under the blankets in place of the deceased and, simulating Buoso’s voice, dictate to the notary his last will.

So it happens, with Schicchi reassuring everyone that they would get what they want, but also reminding them that the law condemns to exile everyone involved in tampering with a will.

Buoso-Schicchi dictates the will to the notary: when the “best mule of Tuscany”, the house in Florence and the mills of Signa go to his “devout, affectionate and dear friend Gianni Schicchi”, the relatives are outraged. But he shooes them out, smiling at his own sharpness and contemplating the happiness of Lauretta and Rinuccio on the balcony of what is now his house.

The Italian premiere and the Toscanini debacle 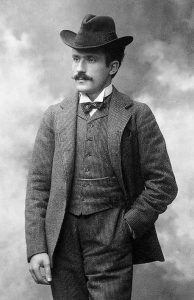 As previously mentioned, the opera was premiered in New York. It was, however, scheduled to premiere in Italy at the Teatro Costanzi in Rome, but the war made it impossible, postponing the production to 1919. The Italian premiere was more important to Puccini than the American one: in Rome, again, Gianni Schicchi was the most successful of the trilogy.

At the Italian premiere, in audience, was sitting the great conductor Arturo Toscanini. Toscanini, who had had a long lasting relationship with Puccini since the debut of La Boheme, was disgusted with the verismo of Il Tabarro, leaving the theater at the first curtain. Puccini didn’t take it lightly and forbade Toscanini from conducting the London premiere of Triptych. The two eventually reconciled, not really strangers to these types of disagreements given the feisty characters of them both.

The musical structure of Gianni Schicchi is simple only at first sight: a short prelude presents two opposing themes The short prelude presents the two opposing themes: the mourning and mistrust, intertwined with the theme of the flout. A third thematic element is the one of deception. The most frivolous moments are underlined in the orchestration by the woodwinds. The strings, that we’ve learned to be so luscious in other Puccini’s operas, are used in this way in the only sentimental part of the opera, Lauretta’s aria.

Like in Il Tabarro, Puccini structures the entire act on the use of leitmotiv, a practice that became famous with Wagner but that had been used since Monteverdi’s Orfeo. Of particular interest is also the abundant use of spoken parts among the sung ones as well as the amount of concertati with up to 11 characters on stage.

The choice of the orchestration, the spoken parts, the ensembles, the themes, the text: all of these components were carefully crafted to underlined the grotesque aspects of the story; aspects on which Puccini insisted very much, making sure that they prevailed over the funny ones. Forzano, like Puccini, was from Tuscany: this allowed him to draw from the historical background of his land both in terms of historical and geographical references and of language. There’s, throughout the opera, a large use of expressions typical of this region, rich, funny, idiomatic and grotesque. 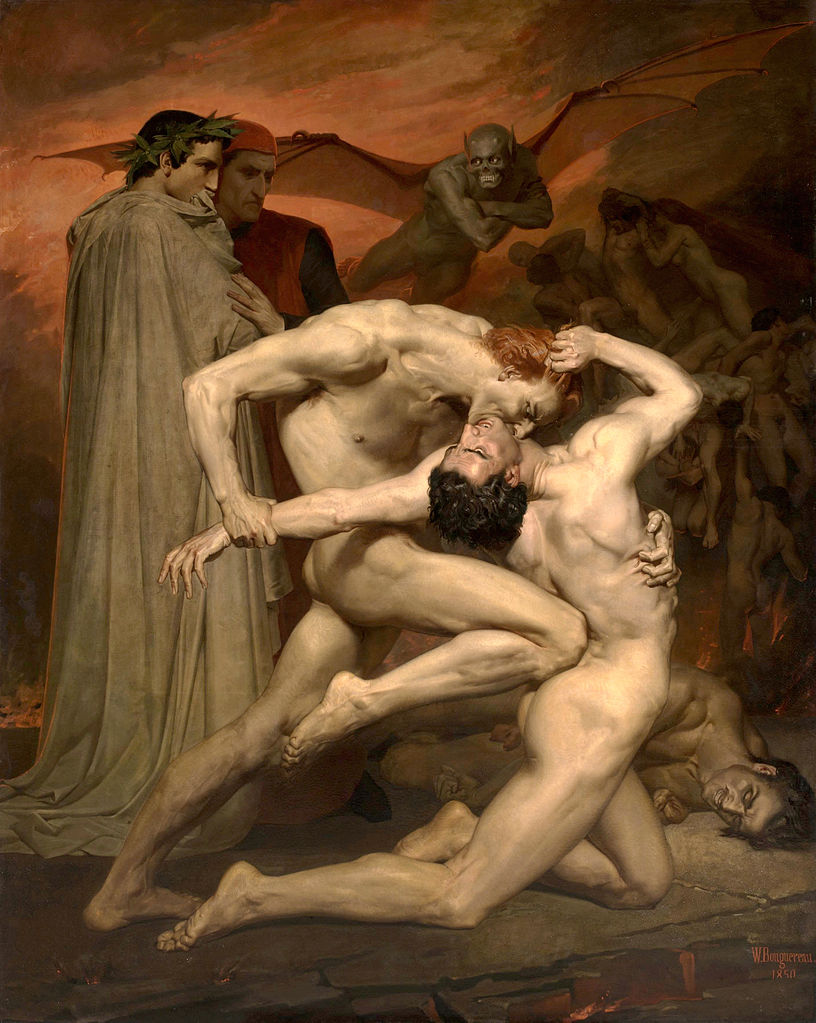 Gianni Schicchi is the only comedy in Puccini’s production: although he had a preference for drama, Schicchi shows us how joyful the Maestro was, how much he loved life, its intricacies, and its irony. And yet, Puccini always had a love/hate relationship with Schicchi, mainly due to the fact that its success obscured Suora Angelica, of which he was particularly fond.

As you might imagine, the opera has been recorded a number of times: a list of recordings can be found at this page.