Puccini A to Z – R as in La Rondine 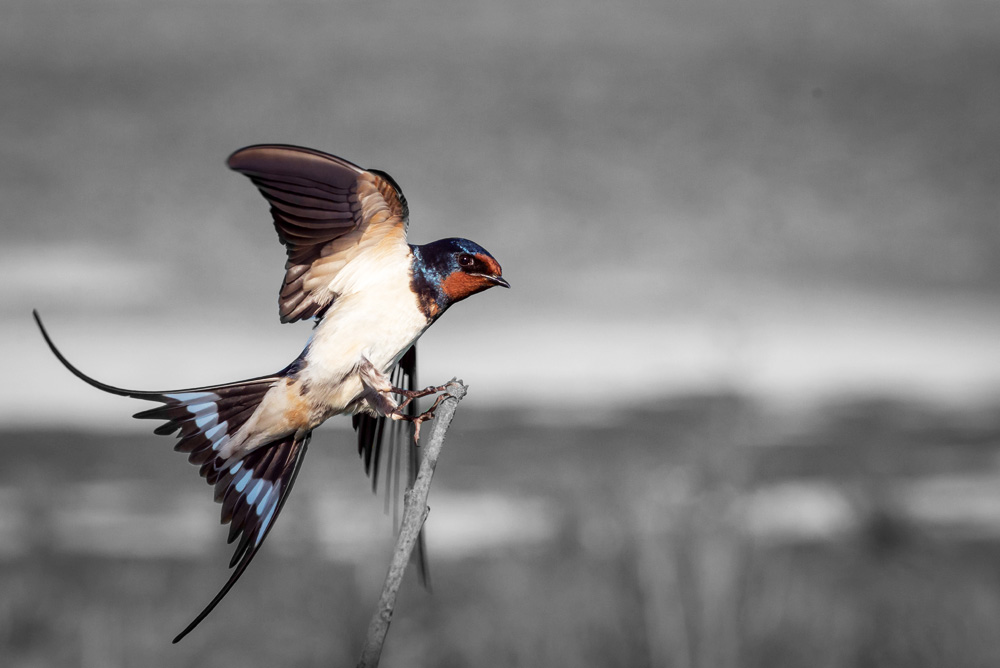 Every time Puccini finished an opera, he immediately started looking for a new subject. Given how picky he was and how difficult it was for him to find a suitable topic, his anxiety in this respect was fully justified. After La Fanciulla del West however, this attitude changed: he had established himself as an international composer (more than once), he had numerous operas staged all over the world and there was no sign of this coming to an end anytime soon. So, he took his time.

The generous offer of the Carltheater in Vienna to write an operetta made the composer face his first subject (ever) that was not derived from a piece of theater or literature – even though the story had more than one resemblance with Verdi’s La Traviata or Massenet’s Sapho. Puccini turned to Giuseppe Adami for a libretto, expressly asking for no spoken dialogues, turning the operetta into a full lyric comedy – a precious antidote to the war that had in the meantime exploded in Europe.

The war also annulled the contract with the Viennese theater and La Rondine was premiered in Monte Carlo on March 27, 1917, with Gilda Dalla Rizza, Tito Schipa and Francesco Dominici led by conductor Gino Marinuzzi. The Italian premiere followed in June, at the Teatro Comunale of Bologna.

The entire opera is mostly lighthearted and ironic, full of references to contemporary artists (like Gabriele D’Annunzio – alias the poet Prunier – or Richard Strauss – with a homage to Salomé). The glue of the whole work is the dance element: musically speaking what Richard Strauss did with the waltz in his Rosenkavalier only a few years earlier, Puccini did it in La Rondine. The waltz is present throughout the opera along other modern dances of the time, like the fox-trot or the tango, which was becoming increasingly popular in Europe.

The characters of La Rondine are apparently far away from Madama Butterfly or La bohème, moving around a cynical world where their main thought is partying and staying trendy: hence, the great number of dance-like movements in the opera.

La Rondine is most likely Puccini’s biggest failure in terms of an opera being successful over time: this is largely due to the fact that it has always been considered more of an operetta than an opera when it’s everything but. Sure, it was commissioned as an operetta by the Carltheater, but it was never conceived as such by the composer. Labeling it as an operetta puts it in a tradition where it does not (and should not) fit.

The work is filled with melodies, two arias and a duet and, as previously mentioned, a lot of waltzes. The easiness of the melodies prompted critics to label the opera as superficial. Is it really so? Could it be that the melodies have been purposefully crafted that way to describe the superficiality of a society that was already no longer there?

“Chi il bel sogno di Doretta” is the most famous piece of the opera, probably even more famous than the opera itself and perhaps the only piece that exposes a “deeper” approach: it is on this piece, together with “Ore dolci e divine”,  that the entire dramatic arc of second and third act is built.

The second act builds up the feelings that swipe the characters away, so typical of Puccini’s operas: those feelings that take complete control of their carriers, pushing them to act without minimally thinking of the consequences, a trait that’s common to Magda, Butterfly, Mimí and that will lead Magda to leave Paris. The waltz is still there, naturally, but it gets more and more complex in the orchestration and culminates in a concertato that was typical of the 19th century operas (another reminder to something that had once been great): first Ruggero, with some interjections from Magda, then Lisette and Prunier, then the choir adds to the quartet while the orchestra builds up underneath.

The musical reminders are a constant throughout the opera, reflecting the attitude of the characters to live in the past rather than the present: in the third act the two lovers are in Southern France, three months after the second act, but the underline music is still the Parisian waltz, which eventually lures Magda into leaving the province to go back to the city and her old life. When she does leave Ruggero, the strings play an ascending motive: the swallow has flown away.

Magda, the young lover of rich banker Rambaldo, is discussing the latest Parisian trend: romantic love. Left alone with her girlfriends Magda confesses the passion she once had for a young guy and the desire to feel it again. Ruggero, a friend of Rambaldo, comes in and the discussion shifts towards the best way to spend a night out in the French capital: while Magda converses with the poet Prunier, the girls suggest to Ruggero to spend the night at a very trendy place named Bullier.

In the evening, Magda decides to visit Bullier herself, without suspecting that her maid Lisetta, dressed up in Magda’s clothes and accompanied by her lover Prunier, has decided to do the same.

Ruggero is bored. Magda comes in and sits at his table, introducing herself as Paulette: they hit it off right away and their feelings towards each other grow stronger by the minute. Prunier and Lisette enter: Lisette seems to recognize Magda in Ruggero’s date, but Prunier – who understood the situation – reassures her that she is not. They join Magda/Paulette and Ruggero, but soon Rambaldo comes on the scene: Prunier would want Magda to leave, but she is determined to face the situation and confesses to Rambaldo her true feelings. The banker leaves elegantly and she rejoins with Ruggero.

Magda and Ruggero moved together to southern France: Ruggero, ignoring Magda’s past, writes to his mother asking for permission to marry her; Magda’s embarrassment grows. Prunier and Lisette enter and the poet reassures Magda that Rambaldo is still in love with her. Ruggero’s mother gives her blessing to the wedding, at which point Magda has to come clean with Ruggero. Despite Ruggero’s will to forgive and forget, Magda leaves him to go back to Paris and to her old life.

When La Rondine was first presented to the audience, it was generally well received, but critiques were not sparse either. What didn’t convince was the fact that it was neither an opera nor an operetta: sure, the first two acts are filled of music and beautiful orchestration as much as other Puccini’s masterpieces; however, the action doesn’t really evolve and it’s difficult for the audience to identify themselves in any of the characters: Ruggero certainly is not as charming of a role as Cavaradossi and Magda, whose main problem remains money, is not Mimí or Cio-cio-san.

Puccini himself was not satisfied with the ending of the opera: he changed the score more than once and a new production was mounted in Palermo in 1920. But even then he was not satisfied. Unfortunately, he died before deciding on a definitive version.

Today, La Rondine is enjoying a sort of revival with more productions around the world. It remains, though, for all the reasons above, a sort of little sister of the other Puccini’s operas.

La Rondine received its American premiere only in 1928, at the Metropolitan of New York with Beniamino Gigli as Ruggero: the reviews can be found here.