Music at the time of surrealism 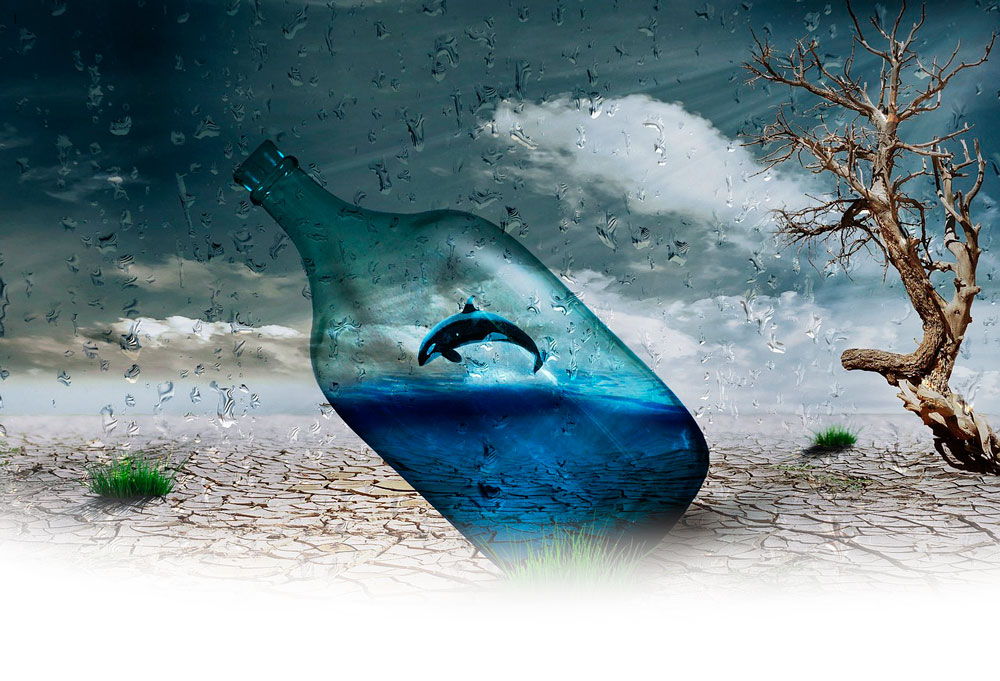 Mad about surrealism: tapping the subconscious 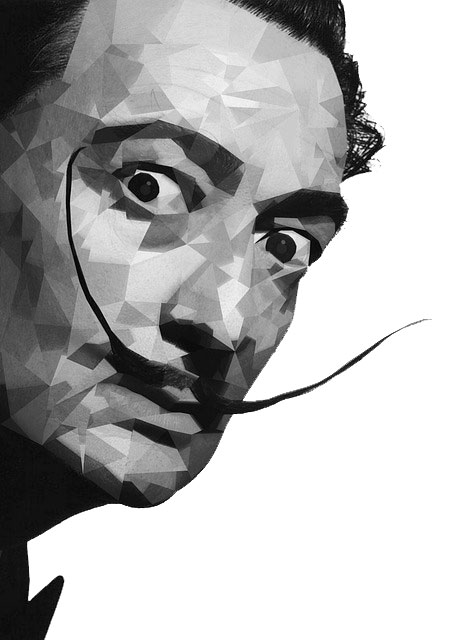 The Museum Boijmans Van Beuningen, in Rotterdam, is hosting a great exhibition on surrealist painters: from Dalí to Ernst, from Magritte to Miró. While the surrealist movement is a very well defined era in the history of painting, it is not such in the history of music. The subversion of reality it was not however confined to painters, but it did touch, quite naturally, all artists, composers included. Music possessed inherently all the proper qualities to fulfill the aesthetics of a surrealism, surpassing the distinction between reality and dream: the word “surrealism” itself was coined by Guillaume Apollinaire to define Erik Satie‘s music for the ballet Parade (1917, produced by Diaghilev with Cocteau, Picasso, and Satie himself).

The fierce opposition to music by the French surrealists is therefore quite ironic: even more so if considering that it came from arch-surrealist André Breton, who believed that language had already outperformed the potentials of music. It was not until 1946 that music regained its place in the world of surrealists, when the very same Breton published his essay “Silence Is Golden” recognizing music as “independent of the social and moral obligations that limit spoken and written language”. Speaking of silence, it cannot not come to mind John Cage’s most famous work: 4’33”  (1954) can be easily bridged to Magritte’s Ceci n’est pas une Pipe (1926 ): both artists dived into the silence, reaching its core in a revolutionary way. Cage’s revolutionary approach to composition, and music in general, with no filters and preconceptions along with his ideas of indeterminacy, are concepts that we can find in the manifesto of surrealism of the 1920s: art coming from nowhere and from everywhere, consciously unfiltered, perhaps to the point of falling into the trap of setting its own boundaries where it did not want any.

“Art is a sort of experimental station in which one tries out living.”

It all began with Satie. Or did it?

As previously mentioned, Satie’s music suggested the term surrealism. But we cannot think about Satie, or surrealism, without considering what came right before: Dada. Dada was a cultural movement that gained recognition during the WWI years, starting in New York and then moving to Paris. Visual artists and writers, moved by anti-war sentiments, gave the A to an anti-art response, getting away from traditional art-making as much as possible. But where Dada focused on antagonizing the world of art of its time in a negative way, surrealism did just the opposite, focusing on optimism. 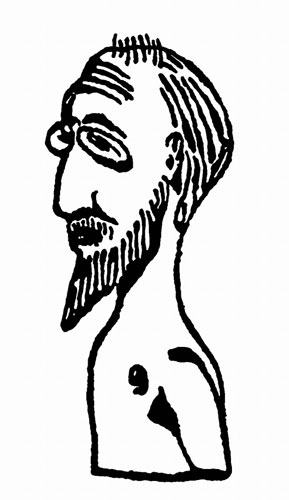 By 1922 the Dada movement had self-destructed itself, but it had managed to attract quite a few musicians, the most prominent being Marcel Duchamp. Duchamp, who often went under the alias A. Klang (Klang: “sound” in German), pushed the boundaries of music, performance and notation half-century before John Cage, setting the grounds for Cage’s experiments in indeterminacy. The second Erratum Musical (1913) makes use exclusively of numbers and letters, in place of the conventional music notation, with directives and instructions on how to execute the piece such as “the order of succession is interchangeable by whim” or the piece is “unfinishable”. One cannot help but go with the mind to the futurist movement in Italy, with Filippo Tommaso Marinetti at its head.

Even though Satie was older than Duchamp, Duchamp’s work laid the ground for some of Satie’s work. Or maybe Satie simply responded to another rising musical movement in his own way. In its wanting to be anti-everything, the Dada movement turned itself into setting the non-standard as standards, defying, therefore, its own nature. Satie had always been against constrictions of any genre: he was anti-impressionist and anti-romantic (especially anti-Wagnerian), which means that he was swimming against any kind of current, old or new. It is not far-fetch to assume that he could be anti-dada as well or, ironically, anti-surreal.

I never attack Debussy. The debussyans bother me. There is no Satie school. Satism as a movement could not exist. I would oppose it.

An implacable observer of the music scene, Satie would never give up on his wit. He parodied the programmatic music and the “musical Impressionism” of which his life-long friend Debussy was the point of reference. According to a fiercely anti-romantic spirit not far from that of the futurists who were screaming “Let’s kill the moonlight!” – the author of the Gnossiennes filled his scores with indications such as “bury the sound”, “extremely lost”, “without pride” or even more hermetically “open your head”, “from the top of your thoughts”, “be clairvoyant”, “on the tongue” and so on. It becomes quite clear then why Apollinaire referred to Satie’s music as “…a sort of sur-realism [sur-realisme] which I see as the point of departure for a series of manifestations of that new spirit which promises to modify the arts and the conduct of life from top to bottom in a universal joyousness”. [1] 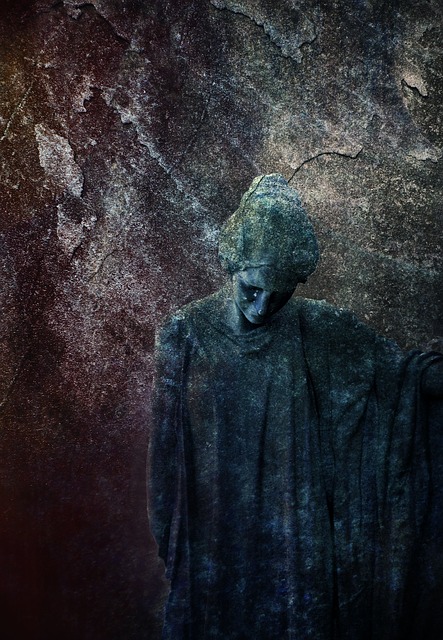 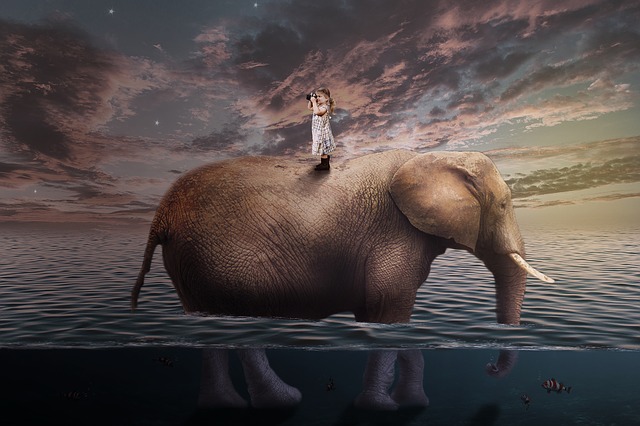 Surrealism is destructive, but it destroys only what it considers to be shackles limiting our vision.

The oniric surrealism of Varése

Even though a surrealist school of music never developed, mainly due Breton’s aforementioned hostility, many composers of the time toyed with different techniques imported from other arts: Belgian composer André Souris made use of the technique of collage; French composer Francis Poulenc fragmented his music segments building layer upon layer. Two good examples of surrealism in music. What they had in common was the vision of an alternative reality, closer to dreaming. Edgar Varése’s Arcana was inspired, as Varése himself wrote in 1925 to his wife, by a dream sequence:

“Alternating projectors of different colors: red, green yellow, blue–and you were playing Fanfare No. 1, trumpet in right hand. Then suddenly the sky became incandescent–blinding– you raised your left hand to your mouth and the Fanfare 2 blared. And the boat kept turning and spinning– and the alternation of projectors and incandescence became more frequent–intensified –and the fanfares more nervous–impatient… and then – merde – I woke up. But anyway they will be in Arcanes.”

I was on a boat that was turning around and around–in the middle of the ocean–spinning around in great circles. In the distance, I could see a lighthouse, very high–and on top, an angel – and the angel was you– a trumpet in each hand.

Was he a surrealist? Perhaps. Was he a dadaist? Perhaps. Varése did sign the 1921 Dada manifesto opposing futurism. But at the same time he quoted Paracelsus on the score of Arcana, paying homage, like many surrealists, to the world of alchemy. A fusion of the two worlds would come later in his life with the Poéme electronique (1956), an attempt to defy time and space so typical of the surrealists by using the most disparate material, including the destruction or de-construction of sound so dear to the dadaists.

Need to brush up a bit on surrealism? Take a look at this video from the Tate museum. Doctor Who. Who else?

Plenty has been written on surrealism, so there’s no shortage of good reading. A couple of books caught my attention for different reasons: the first one – The Surrealism Reader: An Anthology of Ideas by Dawn Ades,‎ Michael Richardson, and‎ Krzysztof Fijalkowski, printed in 2015 – gathers a number of documents previously never translated into English, which gives a significant direct insight into the whole movement.

The second book – Surrealism (The World’s Greatest Art) by Michael Robinson –  was first published in 2005 and focuses more on the visual artists that made this movement what it was: Dalí, Miró, Magritte etc. It has plenty of illustrations and offers suggestions to interpret the artworks, guiding the reader in an easy but thorough way.

For a more in-depth history of Dadaism and surrealism in American music, see this article

Need an idea for a great musical gift...?

Thank you! You will shortly receive an e-mail confirming your subscription. Should you not receive the confirmation e-mail, please check your spam folder or contact us.

Find out more or adjust your settings.