“My Name is: Woman” has its origins in another show, My Simple Serbian Soul, part of my Master’s degree final exam program at Tilburg Conservatory.

Having produced an entire opera for my final Bachelor’s degree exam, and an initial Master’s degree program that included three additional singers and two pianists, no one could accuse me of not thinking big.

My mentor, Marc Krone, implored me to do something simple, something “down sized”. He proposed I sing a selection of Serbian songs, and tell a simple story about myself.

It seemed like a great idea: I selected the music, and developed a straight forward story line.

I dedicated the concert to my recently deceased friend, pianist and composer, Denis Gavric.

As I started to write, the show took on a life of its own: it still was small scale, but simple, it most certainly was not! 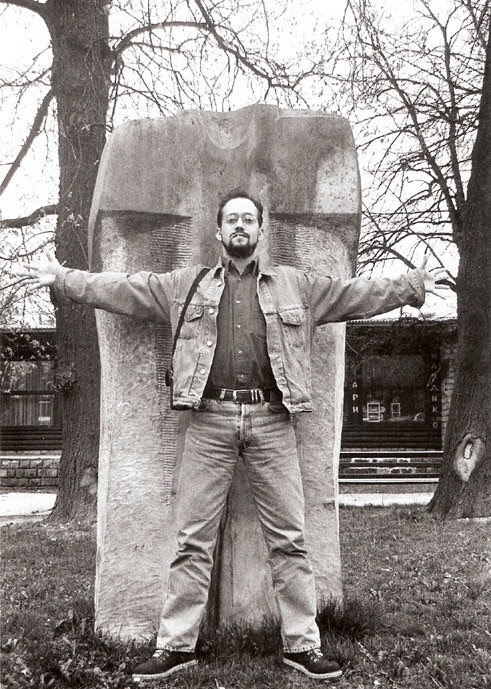 The audience lavished praise on the performance, and many supporters suggested the show be presented outside the school setting. Unfortunately, it ended up sitting in the drawer of my desk until two years ago, when I told the story to a stage director in Amsterdam.

I gave him the script, and he was SOLD! The show was given its new and current title: “My Name is: Woman” (from a line of Giancarlo Menotti’s opera The consul). After the initial development stage, our collaboration ended unexpectedly. As eager as I was to perform the show, I was forced to let it go, once again.

In the meantime, my partner, conductor and composer Gianmaria Griglio, and I set plans in motion to start a new company in the Netherlands, ARTax. We decided that presenting “My Name is: Woman” would allow us to test the water before launching larger projects.

As it turned out, the first tryouts, at the Teater De Nieuwe Regentes in The Hague in 2015, were a huge success. People were fascinated by the story, entertained and moved.

This epic span over 15 years of my life, giving way to alternating feelings of desperation, joy, regret: presented as a one woman’s journey through Europe and through life, this story still rings universally true as a reminder that not all refugees are coming to invade someone-else’s country. In the dawn of the biggest population migration since 2nd World War most people are afraid, or at least weary, of the newcomers “invading” their streets, their jobs, their homes and their hearts.

This production is also made possible thanks to the generous support of:

Soprano Violetta Lazin is the co-founder and Artistic Director of ARTax Music.