Puccini A to Z – P as in Pascoli 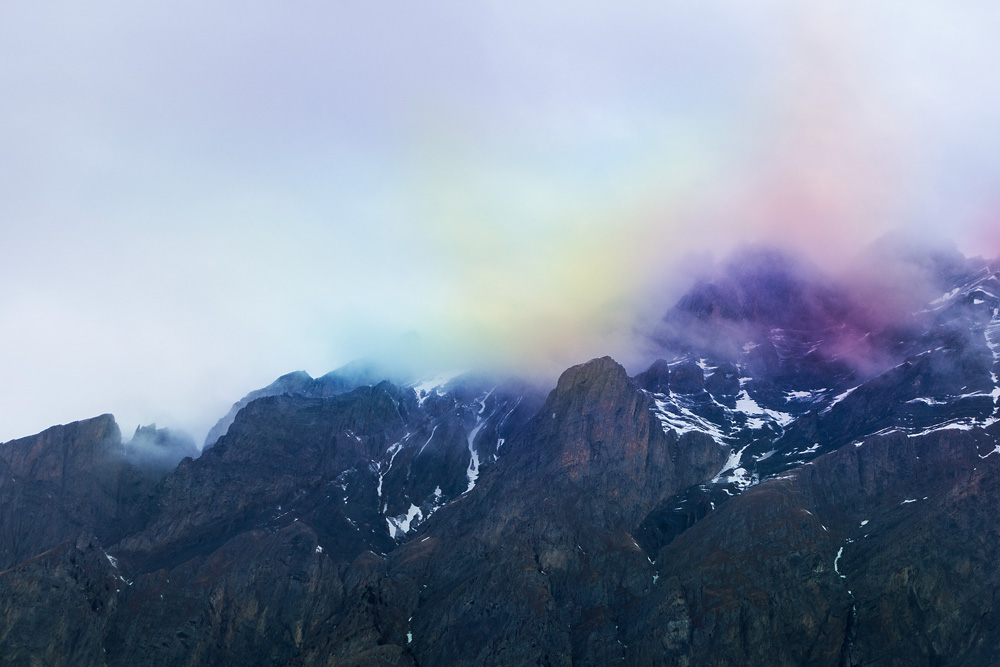 P as in Pascoli and Puccini

As we know, Puccini was always very picky when it came to finding a new story to set to music: his biggest failure was Edgar, at least partially due to the libretto, yes, but also to the fact that he could never fall in love with the hero. A mistake he swore to make never again. Finding great artists to collaborate with was not the problem: the problem was finding the right artist with the right story.  It’s in this canvas that the collaboration between Puccini and one of the greatest Italian poets of all times, Giovanni Pascoli, tried to come to life.

Pascoli, a great admirer of the composer, wanted to write for the theater but due to different circumstances and, most likely, to the impossibility of finding a common ground, the collaboration never materialized.

Giovanni Pascoli (1855–1912) was one of the greatest poets in Italian history and, along with Gabriele D’Annunzio, the emblem of decadent poetry.

Il Fanciullino, a sort of personal manifesto published in 1897, shows an idea of poetry as an intimate thing, geared towards the everyday life and the praise of the childhood qualities inherent to every human being. Pascoli shows in his works idealistic and spiritual tendencies, typical of the end of the 19th century.

A great opera lover, Pascoli used the few pennies he had as a student to go the theater and when he took his sister Ilda in his house, he celebrated by taking her and the other sister, Maria, to the opera.

In 1895 Giovanni Pascoli had rented a house near Barga, in the province of Lucca, where he moved with his sister Maria; Pascoli bought the house in 1902 where he lived until his premature death in 1912. This period was one of the most creative in his life.

The first document attesting a contact between Pascoli and Puccini dates back to 1897: with the help of some common friends, Pascoli let Puccini know that he was interested in writing for the theater; on his end, Puccini let him know that a future collaboration could have been possible after he was finished with Tosca. At the end of the same year, Puccini commissioned Pascoli an epigraph for a close friend, Guglielmo Lippi, who had died prematurely.

From the memoires “Lungo la vita di Giovanni Pascoli”, by Augusto Vicinelli, it appears that Puccini 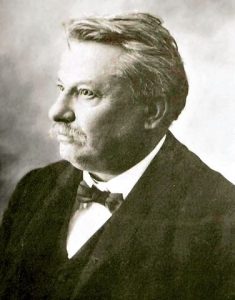 was to visit Pascoli already in November of 1902, along with the painter Nomellini, but there are no details or proof that it ever happened. In early 1903 Puccini announced a visit to Barga, but the car accident got in the way and the trip was canceled. Pascoli sent him a heartfelt get well card, which Puccini appreciated. A few months later, he commissioned Pascoli with a sonnet to be published with an image of the composer surrounded by his female heroines, a promotional idea of his editor, Ricordi.

1903 came and went, with Puccini forced to remain in Torre del Lago busy with the completion of Madama Butterfly. The flop of the Japanese tragedy at La Scala on February 17, 1904, triggered the most famous testimony of how close Pascoli felt to Puccini. The poet wrote a prophetic poem:

Dear beloved and great Maestro,
the little butterfly will fly:
its wings are covered in dust,
with some drops here and there,
drops of blood, drops of tear.
Fly, fly, little butterfly,
your heart was weeping so;
and you made your maker weep.
Sing, sing, little butterfly,
with your little voice,
with the screaming of your dream,
light as sleep,
sweet as darkness,
kind as grave,
in the shadow of bamboos,
in Nagasaki and in Cefù.

Puccini promptly replied: “Dear great poet, I’ve read your card with great joy and I thank you for it. I too have faith in the flying of Cio Cio San!“.

It would have been another four years before Puccini went to Barga: his first visit there is documented by a 1908 picture, his second from another picture dating 1911, one year before Pascoli’s death. Both pictures were taken in Pascoli’s house, Puccini elegant as always, Pascoli looking like a depressed farmer, as always.

Truth is that the romantic idea of two great minds being great friends doesn’t quite find any substantial proof: there is very little correspondence between Pascoli and Puccini and even though they respected each other, their respective views of life were utterly different.

Pascoli retreated to the mountains, enjoying nature and its tranquillity, finding his way back to the innocence of childhood, living with his two sisters. Puccini liked nature for hunting; he enjoyed drinking, smoking, playing cards, women; he liked to have his friends around while composing. The mindsets of the two were opposite: Pascoli was an introvert, mostly keeping to himself; he could have never fitted in Club La bohème.

Moreover, both Puccini and Pascoli were not young artists anymore, but famous and popular ones: the first time they met, Puccini was 50 years old and Pascoli 53; Puccini had already written most of his masterpieces, from Manon Lescaut to La bohème to Tosca to Madama Butterfly; Pascoli had published Myricae (1892) and I canti di Castelvecchio (1903), his two most famous collections of poems. They were both at a point where compromising on many things would not have been possible.

Both artists had understood that: despite the reciprocal respect, they knew that the ways they envisioned art and life were, in fact, opposite to one another. Pascoli’s poetry is musical, evocative, rich of anguish and child-like awe; he finds the musicality through the words, breaking up with the tradition in order to find new and free ways to connect with the soul.

In a way, this can be said for Puccini as well, at least partially: he would never send anything out to the audience which wasn’t aimed to touch its soul. However, as Verdi himself had pointed out, Puccini was the bridge between tradition and innovation. Even though Madama Butterfly is the opera that breaks the patterns (preparing for La Fanciulla del West), it doesn’t go in the direction of Pascoli’s poetry: the innocence of the child is there in Cio Cio San, but not as something to go back to, rather as something that will be inevitably broken.

The poetry of Pascoli is rich of musicality, yes; but musicality does not mean “musicability”  in the sense of being apt to be set to music: a poem is made of small verses, singing to themselves, serving themselves in order to create their own private universe; and it is, in its form, bound to be concise. An opera libretto is a long list of verses, where the words need to be practical in order to serve the action, the stage. 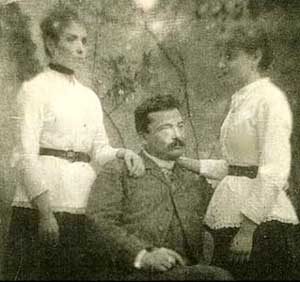 Pascoli with his sisters Ida and Maria, ca. 1890

Pascoli’s best and most renowned works remain the ones from Myricae and from I canti di Castelvecchio where he’s pacified by the sounds, the colors, the smells of his childhood, trying to make sense of the injustices of life, like the murder of his father. Where Puccini takes the bull by the horns, going into the world with a larger-than-life attitude, Pascoli retreats to the mountains, trying to recreate with his two sisters the serene microcosm of his early years. The melancholic tendencies of Pascoli are marked by his life events (and by his background in Latin and Greek where tragedy certainly was not sparse) and carry a sense of inevitability without any charm. Puccini’s melancholy is much more romantic, and rich of small every-day-life details: the pink bonnet in La Bohème, along with the snow, the friends, the lack of money but the richness of the heart: it’s a more practical and less philosophical approach.

Between the most likely impossible collaboration between the two artists, came, also, life: Puccini was traveling more and more while Pascoli was going down the vortex of depression and alcoholism. Diagnosed with hepatic cirrhosis, the poet dies in 1912. Puccini was present at the funeral and, together with Nomellini, a few months later at a commemoration in Barga. The respect for a great artist never died.

Pascoli with his sisters, via Wikimedia Commons