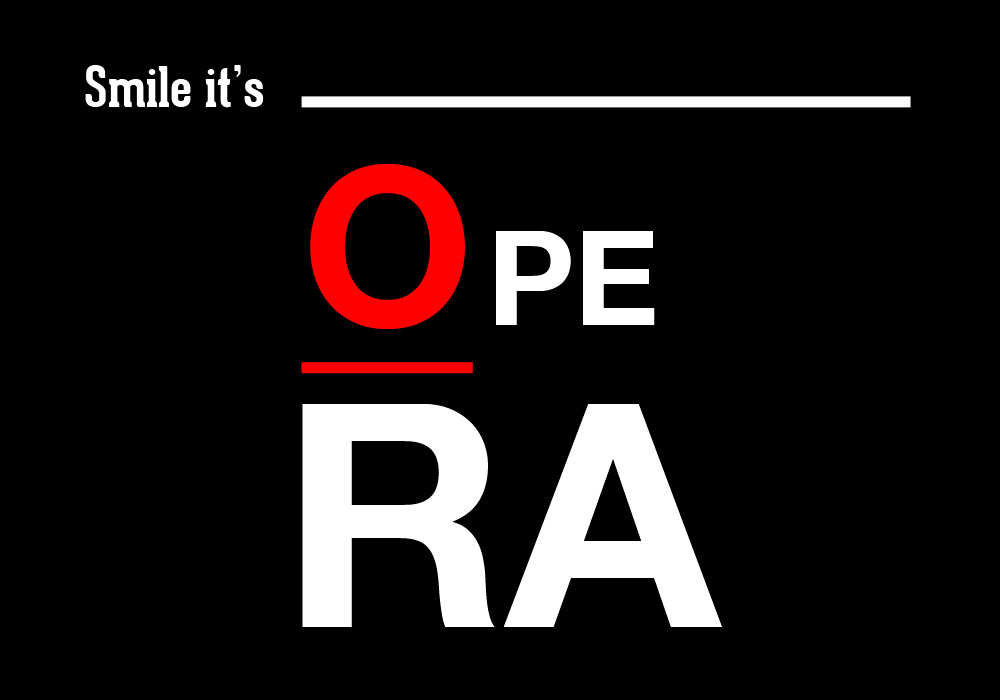 We are thrilled to announce our upcoming operatic concert “Smile: it’s opera” in our home city of The Hague.

In collaboration with the McCray Studio, this popular highlights concert­ features the rare treat of hearing singers, as they showcase some of the biggest and most beloved opera arias and duets, in addition to timeless Neapolitan classics, Spanish zarzuela, and world premiere pieces.

One of ARTax founders Violetta Lazin and a Dutch Baritone Wiebe Pier-Cnossen will be joined by international guest star tenor Alex Vicens, performing selections from the most popular operas of Verdi, Puccini, Giordano, Cilea etc. accompanied by Juan Zurutuza at the piano.

Maestro Gianmaria Griglio will set his baton aside for an evening and skillfully lead the audience through the wonderful world of opera. 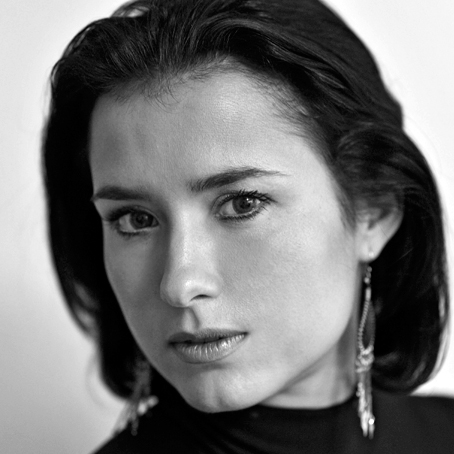 Born to a family with its roots in opera and theater she studied piano from the age of six. At 16 she had already won a First Prize and a Special Prize for Interpretation in a National Singing Competition of Yugoslavia and Third Prize at the International Competition Petar Konjovic. 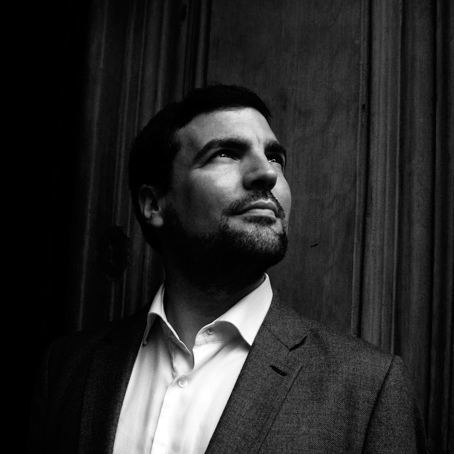 Born in Barcelona, he studied music at the Conservatorio del Liceu. Later he studied four years with Matilda Pincas. Álex Vicens participated as a student in master classes with the eminent tenors Carlo Bergonzi, Jaume Aragall and Alfredo Krauss and is currently studying with James McCray. 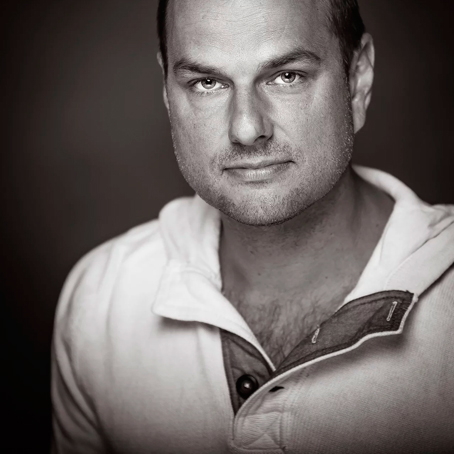 Mexican pianist Juan Zurutuza has given concerts throughout Europe and North America. His musical education began at the age of 4 with Susana Avendaño and Gastón Lafourcade, with whom he studied piano and harpsichord. For two years he was a student of Guadalupe Parrondo in Mexico City.

Get your ticket here

Born to a family with its roots in opera and theater she studied piano from the age of six. At 16 she had already won a First Prize and a Special Prize for Interpretation in a National Singing Competition of Yugoslavia and Third Prize at the International Competition Petar Konjovic.

She studied acting at the BK University in Belgrade in a class of prof. Rade Markovic.

In 1999 she came to the Netherlands to continue her studies at The McCray International Studio of Vocal Arts. Miss Lazin made her opera debut in the Netherlands in 2001 as Lola in Mascagni´s Cavalleria Rusticana alongside Frank van Aken. She also holds a bachelor and master degree in Music and Theater at the Fontys Conservatory in Tilburg in the class of E. Hoepelman.

As a student she took part in much-acclaimed productions of Koen van Dijk in Sondheim´s: Into the Woods and Sweeney Todd. In 2005 she was to be seen in Amsterdam, Tilburg and Gent as Carmen in Bizet/Brook production of Tragedie de Carmen directed by M. Krone.

Miss Lazin inherited love for the classical lied form her mother, well renowned lied interpreter in Yugoslavia, and as such continued the tradition performing (mostly) Serbian, Spanish, Russian repertore. From 2010 she forms a duo with the Mexican pianist Juan Zurutuza.

In 2016 together with her partner Italian conductor and composer Gianmaria Griglio she founded ARTax Music based in The Hague Netherlands. The company already had several projects amongst which a slice-of-life-cabaret performance of My Name is: WOMAN: the show, performed also during the Amsterdam Fringe Festival 2016, received 4 stars from Theaterkrant.nl.

Her teachers until this date remain prof. Prizrenka Petkovic McCray and James McCray.

Born in Barcelona, he studied music at the Conservatorio del Liceu. Later he studied four years with Matilda Pincas. Álex Vicens participated as a student in master classes with the eminent tenors Carlo Bergonzi, Jaume Aragall and Alfredo Krauss. And he continues his training at Indiana University, where he completed his studies with the interpretation of Edgardo in Lucia di Lammermoor. He is currently working on his new projects with the prestigious soprano Virginia Zeani in W.P. Beach U.S., the great tenor Jaume Aragall in Barcelona, soprano Matilda Pincas in Sofia, Bulgaria and tenor James McCray in The Hague.

Among the many awards received include: 1st prize in the contest Lieder Tzvetana Dyackovitch in Sofia (Bulgaria), 2nd prize at the Male Singer Contest of the Gran Teatro del Liceo Foundation (Barcelona), the Placido Domingo Award at the best Spanish singer, the Francesc Viñas Award at the best singer of Zarzuela in Barcelona (Spain). At the Staatstheater in Schwerin (Germany) he received the Medal of Merit Friedrich von Floto.

Among his performances highlights:
Rodolfo in La Bohème, Don Carlos, Duca in Rigoletto, Verdi’s Requiem, Werther at the eponymous opera, in the belcantístico repertoire, Nemorino in Elisir d’amore, Tebaldo in Capuleti e i Montecchi, Edgardo in Lucia, in the Spanish repertoire Fernando in Dña. Francisquita, Leandro in La Tabernera del Puerto and Jorge in Marina, an Opera from E. Arrieta, always getting a great reception from critics and audiences.

He works with different orchestras and opera companies, a.o The Dutch National Opera, the Nationale Reisopera of the Netherlands, Opera Trionfo, Het Zuidelijk Toneel, Nationaal Toneel, Holland Opera, Barokopera Amsterdam, The Hague Philharmonic, the Doelen Ensemble and the ASKO-Schönberg Ensemble. He also participated in a number of diversified productions at festivals in Germany and France.

Some of the roles that Wiebe Pier has performed are both Il Conte Almaviva and Figaro in ‘Le Nozze di Figaro’(Mozart), Don Giovanni in ‘Don Giovanni’ (Mozart), Escamillo in Carmen (Bizet), Giacomo in Giovanna d’Arco (Verdi), Alfio in ‘Cavalleria Rusticana’ (Mascagni), Zurga in ‘Pêcheurs des Perles’ (Bizet) and Pizarro in ‘Fidelio’ (Beethoven).

He sang in different world premiers of contemporary operas such as Styx (2007) by Chiel Meijering, Pa pa pa Vrouw vrouw vrouw (2008) by Klaas de Vries and Wake (2010) by the same composer.

Wiebe Pier also performs well-known concert repertoire such as the St. Matthew’s Passion (Bach), Schöpfung (Haydn) and currently he is singing the Russian song cycle ‘Silent Songs’ by Valentin Silvestrov in theatres in the Netherlands.

Wiebe-Pier has been working as a voice teacher at the Conservatory of Amsterdam.

Most recently Wiebe-Pier sang the role of Pizarro (Fidelio – Beethoven) with the Orchestra of the Eighteenth Century and the title role in Don Giovanni (Mozart) at the Operas d’Été festival in Bretagne.

Mexican pianist Juan Zurutuza has given concerts throughout Europe and North America. His musical education began at the age of 4 with Susana Avendaño and Gastón Lafourcade, with whom he studied piano and harpsichord. For two years he was a student of Guadalupe Parrondo in Mexico City.

With the support of a major scholarship from Alejandro Nogués, Roalcom NEXTEL, Juan was able to continue his studies in the Netherlands, where he has been based since 2001. He obtained his Master’s degree in 2008 from the Royal Conservatoire of The Hague under the tutelage of Rian de Waal. Subsequently, he studied for a year with American pianist Edith Grosz-Lateiner.

In addition to regular recitals in the Netherlands, Juan performs both solo and chamber music concerts annually at the Peter de Grote Festival, Groningen, where he is also a member of the teaching faculty. Juan’s career in Europe would not have been possible without the generous support he has received from Cora and Herman Labberté (Stichting Labberté-Hoedemaker Fonds). Since 2011 he has had a beautiful grand piano on loan to him from the Nationaal Muziekinstrumenten Fonds Amsterdam.

Get your ticket here